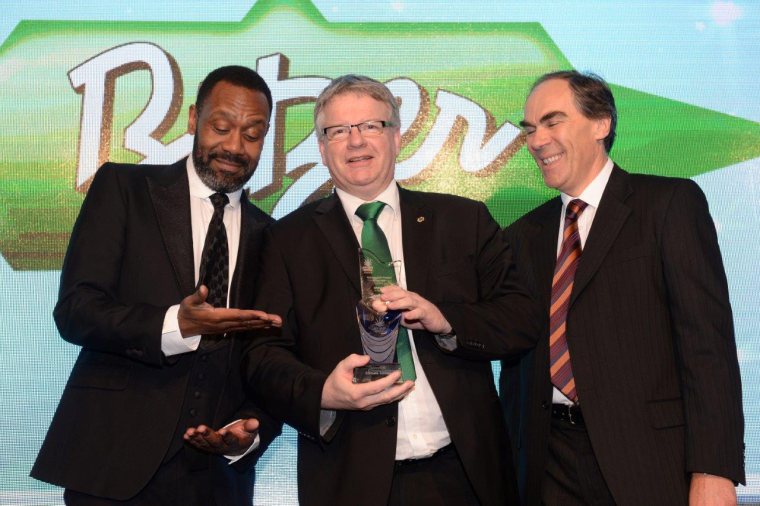 The BITZER ECOLINE reciprocating compressor was selected as the winner in its category by an independent panel of industry experts. It was recognised for its energy efficiency and for being an environmental solution in refrigeration applications, which is compatible with numerous refrigerants such as R134a, R404A, R407A, R407C, R407F, R507A, R290 and R1270.

Kevin Glass, Managing Director of BITZER UK, accepted the award at a glamorous ceremony held at the National Motorcycle Museum in Birmingham during the 2014 ACR Show. ‘We are delighted to receive this industry award. Energy efficiency and versatility in applications are key features of many of our products and these attributes are epitomised in our ECOLINE compressors, which have been widely accepted since their introduction”, says Glass.

With displacements ranging from four to 221 m3/h, the ECOLINE series offers high efficiency coupled with a broad range of applications, rendering it suitable for all standard refrigeration, air conditioning and heat pump applications. BITZER has improved the efficiency (COP) of the entire ECOLINE range by up to six per cent with medium temperature applications, and at the low condensing temperature which is important for the annual coefficient of performance by no less than 12 percent as compared with predecessor models.