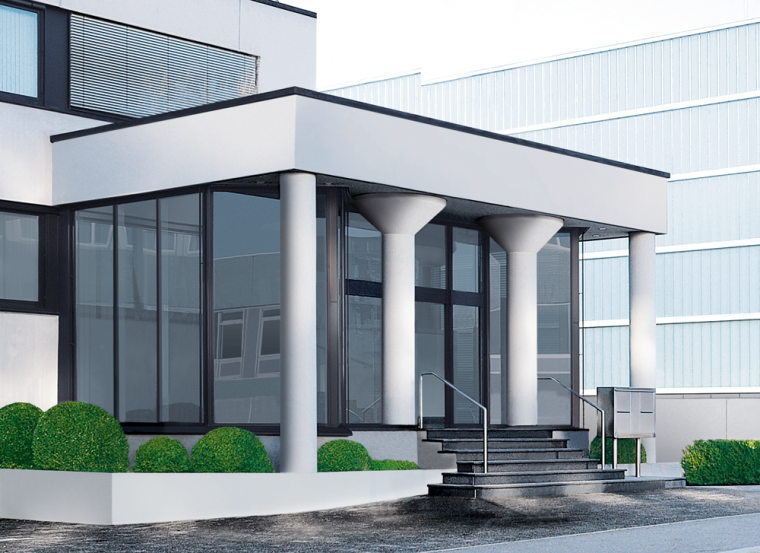 BITZER has had close ties with Sindelfingen ever since it was founded in 1934. And the skills of the world’s largest independent manufacturer of refrigeration compressors, which employs around 3,200 people in locations in 90 countries, will continue to be directed from Sindelfingen. In order that the design of the new corporate headquarters matches the existing buildings in the area, BITZER has decided to announce a call for tenders from architects. This will ensure that the company can choose the most suitable proposal from a range of options. The global player BITZER is aware of its regional heritage, which is why it is investing in new corporate headquarters in its traditional regional base. In the long term, BITZER aims to create around 500 workstations for employees in the building. Therefore, in March 2013 BITZER purchased the land at Tilsiter Strasse 1 and 3, within view of the current headquarters. The older of the two buildings from the 1970s, the house on the corner of Eschenbrünnlestraße and Tilsiter Straße, is set to be replaced by the new corporate headquarters. In order to meet the required planning conditions, the city of Sindelfingen – in concert with BITZER – is striving to amend the development plan. The future corporate headquarters are to be housed in a multistory building with 16 to 18 floors, an adjacent semibasement and two underground car park levels. The commercial use of the property set out in the development plan is not set to change, just like the defined coverage ratio of 0.8 and floor space ratio of 2.4. Only negligible deviations can be made, depending on the submitted drafts. As an architectural landmark, the new building is also expected to be highly visible from the A 81 motorway. "By investing in the new heart of the company, BITZER is making an unambiguous statement about the location in Sindelfingen and we will increase its value significantly," says Senator h. c. Peter Schaufler, CEO of BITZER SE.