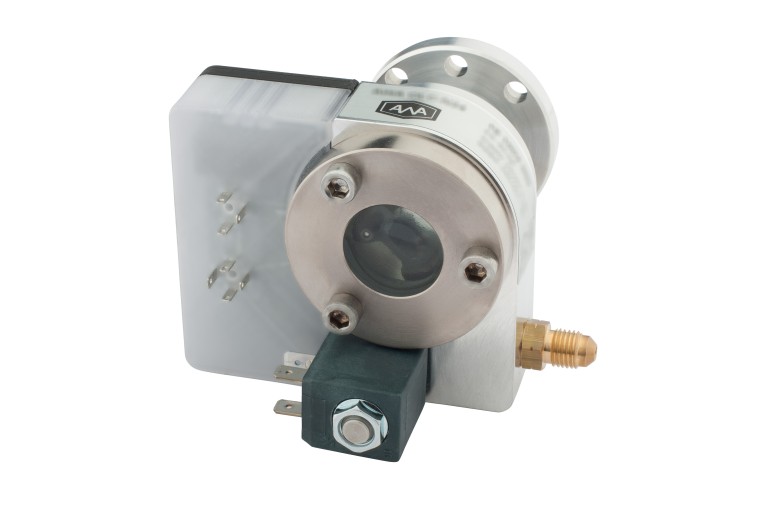 The AWA OLC guarantees the optimum oil level in refrigeration compressors and is used in compound systems with reciprocating or scroll compressors. Its functionality is essentially based on the almost infinitely variable level measurement by means of an electronic float sensor. It can be used in systems of up to 120 bar for a variety of refrigerants and oils and ensures permanent and instantaneous level detection. In addition to the level, the speed of change of the level is also evaluated for the first time.

The electronic float is insensitive to foaming and swashing oil. Other features of the OLC include the large sight glass for better level recognition, an LED display on the front for fast status recording and the modular adapter system for connection to all common compressor types. The installation dimensions, reduced by up to 25 per cent, enable plant constructors to design more compact composite plants.

Innovative algorithms of the autonomous electronics enable two new special functions to protect the refrigeration compressors: the Power ON Logic and the Emergency Injection.

When there is a sudden increase in oil demand, which can occur with frequency-modulated compressors, for example, the oil level drops abruptly from the normal to the alarm range. This rapid oil level change is detected by the OLC: It deactivates the useful delay in normal operation and injects oil immediately.

For optimum lubrication of the compressor, the AWA OLC regulates its oil quantity to a level of 40 to 60 per cent. If the value falls below the normal range, a delay counter is activated. During normal operation, this prevents the system from swinging up and the compressor from overfilling. After ten seconds the injection of oil begins. If the oil level drops below the critical range (40 to 25 per cent) despite active filling, an alarm counter starts which switches an alarm relay after 80 seconds. This relay contact can be tapped and used, for example, to switch off the compressor or trigger an alarm routine.