The Clever Way to Ventilate 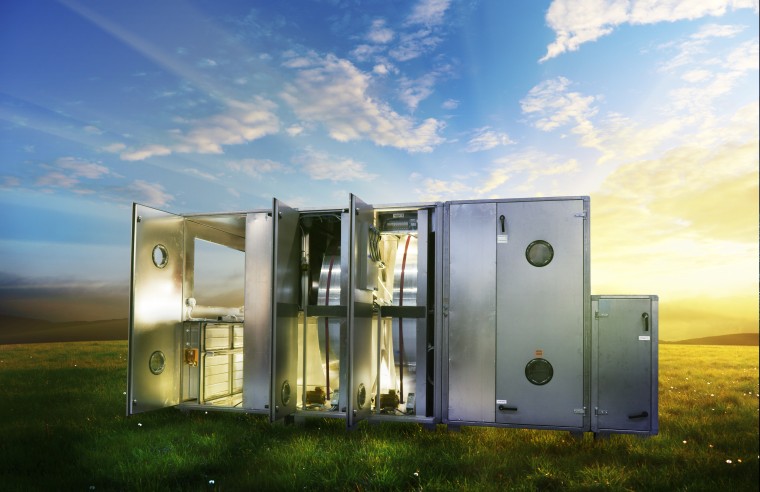 As the leading producer of ventilation units with and without cooling in Norway, Covent has been looking for suitable capacity control since as long ago as 2012. The company has over 40 years of experience in the production of ventilation units. In Bjerkreim – a small community in the southwest of Norway, 60 kilometers south of Stavanger – 100 Covent employees produce around 1,200 ventilation units each year. In the process, the Norwegians put their faith in diverse applications and offer displacement of between 1,000 and 100,000 m3/h. The annual turnover of the factory in Bjerkreim amounts to 20 to 25 million euros.

In Mass Production since August 2015

The requirements of the Norwegians were demanding: they wanted a solution with a capacity regulator for a broad area of application and with very high system efficiency. The units also had to be easy to operate and reliable. The combination of ECOLINE and CRII meets all these conditions, because BITZER tailored the capacity control to its tried-and-tested ECOLINE reciprocating compressors. The compressor with the CRII system is almost infinitely variable depending on the operating conditions and refrigerant thanks to a specially adjusted control algorithm. This means the compressor can be ideally adjusted to suit all operating conditions. ECOLINE and CRII impressed the Norwegians in intensive tests under diverse operating conditions.

“We had been looking for the right compressor with integrated capacity control since 2012, but we hadn’t found it until we came to BITZER,” says Johan Jakobsen, Sales Manager at Covent. “That is why we entered negotiations immediately and were able to start the project in early 2015. The combination of ECOLINE and CRII is ideal for us and also opens up many options for the future. We are in close contact with BITZER in that regard.” At the very beginning of the project, Covent and BITZER also got the Swedish company REGIN involved. They specially adjusted their controllers to the system requirements of CRII so that both work together optimally. And their success is proof of the companies’ wisdom: the first Covent ventilation units with BITZER reciprocating compressors and CRII were shipped to customers at the beginning of August 2015. “With the CRII system, which has been improved with blocked suction, the ECOLINE reciprocating compressors can be completely individually and flexibly adjusted to the required operating conditions,” says Ralf Gasper, Director of Sales in Northern Europe and the Baltic States for BITZER. “In this way, BITZER increases system efficiency and reduces strain on the environment, and customers save on operating costs.”

With the help of CRII, the ECOLINE compressors reach a very broad range of control of between ten and 100 percent in the two-, four- and six-cylinder versions. Tandem compressors can even operate with a part load of just five percent. What is special about the CRII control for ECOLINE reciprocating compressors is the newly constructed control piston with a hollow structure. This allows a higher switching frequency, ensuring lower variations in controlled values, temperature and pressure. Combined with the increased range of control, this provides improved system efficiency. The CRII system can be retrofitted and is available for the ECOLINE series in a capacity range of two-, four-, six- and eight-cylinder compressors. The range of compatible controllers is flexible – several international control electronics specialists have developed suitable system controllers for CRII.

Sindelfingen/Bjerkreim, 29.09.2015. The Norwegian ventilation unit manufacturer Covent had been looking for the optimal compressor with capacity control for years. Now it has found what it was searching for: it can rely on the ECOLINE reciprocating compressor and CRII capacity control from BITZER.