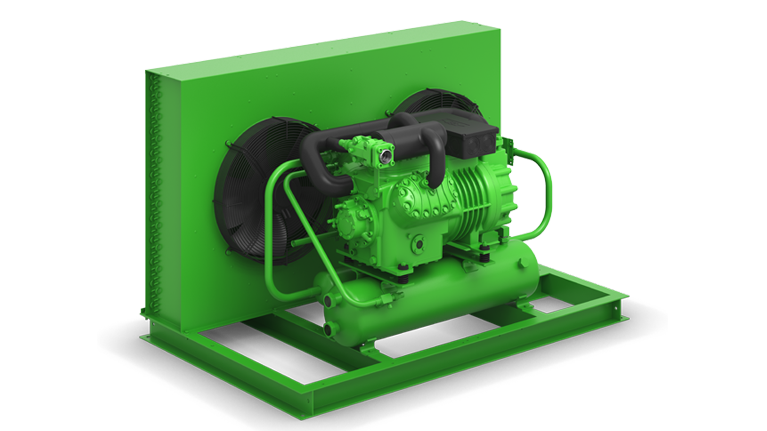 On the notepad The components of the air cooled condensing units with double stage compressors of the .2 Generation have a compact design and boast coordinated components such as efficient EC fans and system-optimised condensing heat exchangers (mini-channel) in low temperature applications. The condensing units also feature a robust design, facilitating a whole host of applications with a large capacity range. They conform with the Ecodesign Directive and can also be used with low-GWP refrigerants, making them future-proof.
Submit request