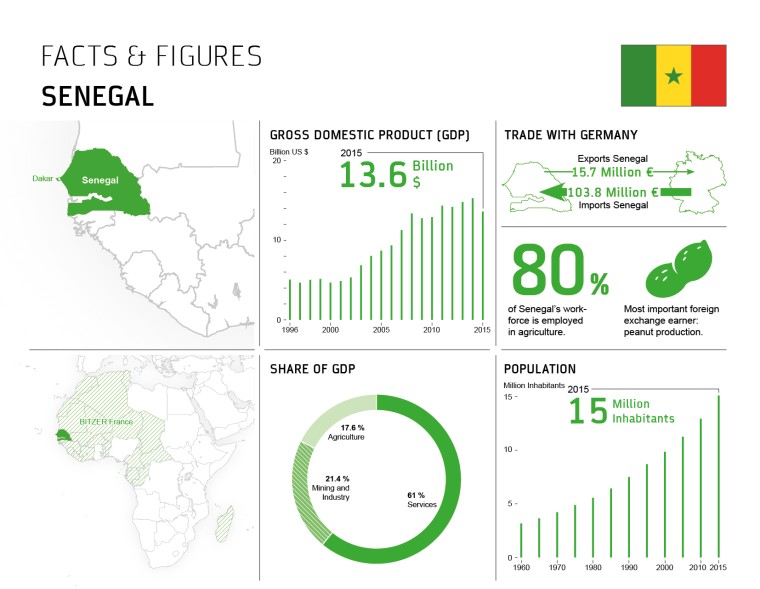 The opening ceremony for the new BITZER Sénégal branch office is held in Dakar today on 08 February 2017. The new office is structurally and legally connected to BITZER France. BITZER increases its activities in Senegal, as the country offers significant economic opportunities due to its growing population and the stable political situation.

BITZER has established a presence closer to installers and users in West Africa and would like to get better acquainted with the markets in the region. The German compressor specialist has maintained exceptional business relations with its sales partner ICE since 2004. On this basis, BITZER would like to expand into various West African markets from its location in Senegal and is therefore reinforcing its collaboration with ICE Sénégal. Plans include, for instance, closer cooperation in the area of condensing units.

BITZER is also working on building a certified service centre in Senegal, so that users have access to the well-known BITZER services, including spare parts and maintenance. In addition, the compressor specialist is developing special training programmes for local installers and users. ‘The best product can only be as good as the staff who operates it, which is why BITZER has developed training measures which have proven their worth all over the world,’ says Jean-Pierre Baleydier, Managing Director of BITZER France. ‘We’ll also offer these courses in Senegal in the future. We’ll show course participants, how to operate compressors efficiently and explain what needs to be taken into account when using certain refrigerants. We work closely with local institutions such as universities, institutes of technology and vocational schools according to the THE SCHAUFLER FOUNDATION spirit. After all, it’s only when trained staff and efficient compressors come together that users benefit from a strong team. We are available at any time to answer any question customers and system operators may have, including before and after training courses.